To the chagrin of folks in Texas, the Carolinas, and other Southern states, Joe’s Kansas City Bar-B-Que recently won a USA TODAY 10Best readers poll for best Southern BBQ. While there is never a loser when it comes to eating good BBQ, CHD Expert, the Chicago-based foodservice database and analytics firm, digs into the latest barbecue restaurant data, to evaluate the lay of the land for this delicious menu type.

As of June 2015, CHD Expert’s database has data and restaurant information for more than 14,000 barbecue restaurants across the USA. Barbecue restaurants make up just 2 percent of the total US restaurant landscape, yet the Barbecue Menu Type is the 15th most popular menu type nationwide in terms of total number of units.

With its roots in the South, it is no surprise that the top three states with the largest share of barbecue restaurants, reside below the Mason Dixon Line. Alabama, Arkansas and Mississippi each have 5 percent of their state’s restaurant landscape being made up of barbecue restaurants. This is more than any other of the 50 states.

Understanding the BBQ restaurant landscape is valuable to foodservice suppliers including, manufacturers, distributors and other industry players who sell into these restaurants. Such operators regularly source cooking ingredients such as sauces, spices, and meats as well as equipment and operational appliances like smokers, barbecue grills, commercial refrigerators, meat slicers, and point-of-sale systems; and suppliers need to have knowledge of where these establishments reside.

“If there’s one food Americans are passionate about, it’s barbecue,” said Brad Bloom, VP of Sales and Marketing at CHD Expert The Americas. “There may be arguments over which style is the best, but no matter if you’re chowing down on recipes perfected in Memphis, Texas, Kansas City, or the Carolinas, one thing is true: Independents dominate the barbecue restaurant landscape. A strong Independent presence allows for an increased amount of creativity and variety in the away-from-home barbecue market. At CHD Expert we’re proud to help our clients break down these nuanced markets and get to the real meat of the foodservice industry.” 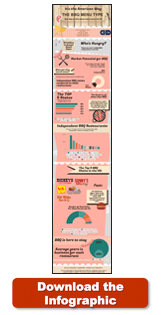 With Easy2FIND, our web-based query tool, you can pull data from CHD Expert’s online database. You can also get granular contact information on each operator.
Click Here